A new deep-sea species named after the plastic found inside its body.

The ocean plastic problem goes far deeper than anything previously imagined. The problem is so bad that new deep-sea species are being found already contaminated by plastic.

To make an environmental statement against ocean plastic we have named a new deep-sea species after the plastic found in its body:  Eurythenes plasticus. We then launched a multi-channel campaign asking for a legally binding global UN agreement to end the plastic flood into our oceans.

In collaboration with a scientific team led by renowned marine ecologist Dr Alan Jamieson from Newcastle University, a new contaminated species was found off the coast of the Philippines at a depth close to 7000m in the Mariana Trench. The newly discovered amphipod was named Eurythenes plasticus after the PET plastic that was found in its hind gut. 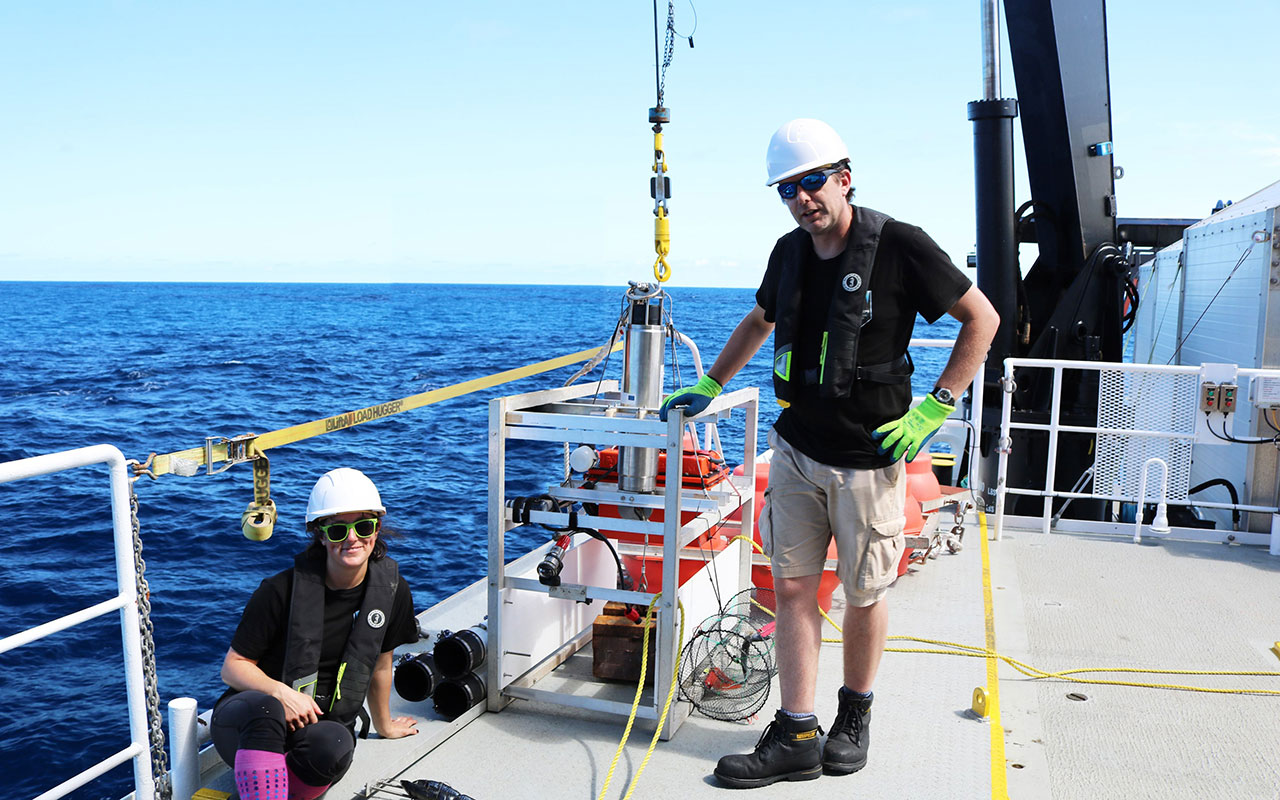 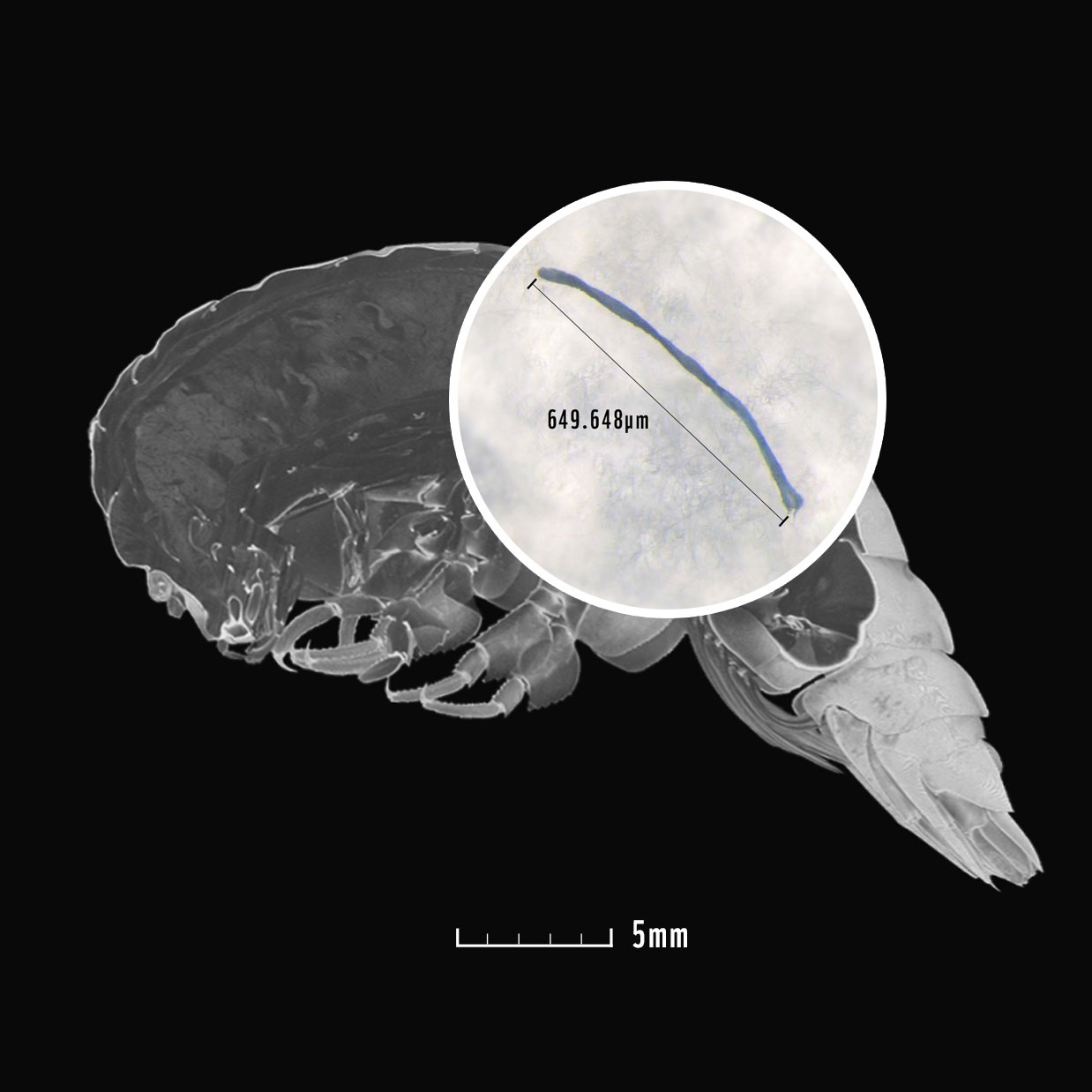 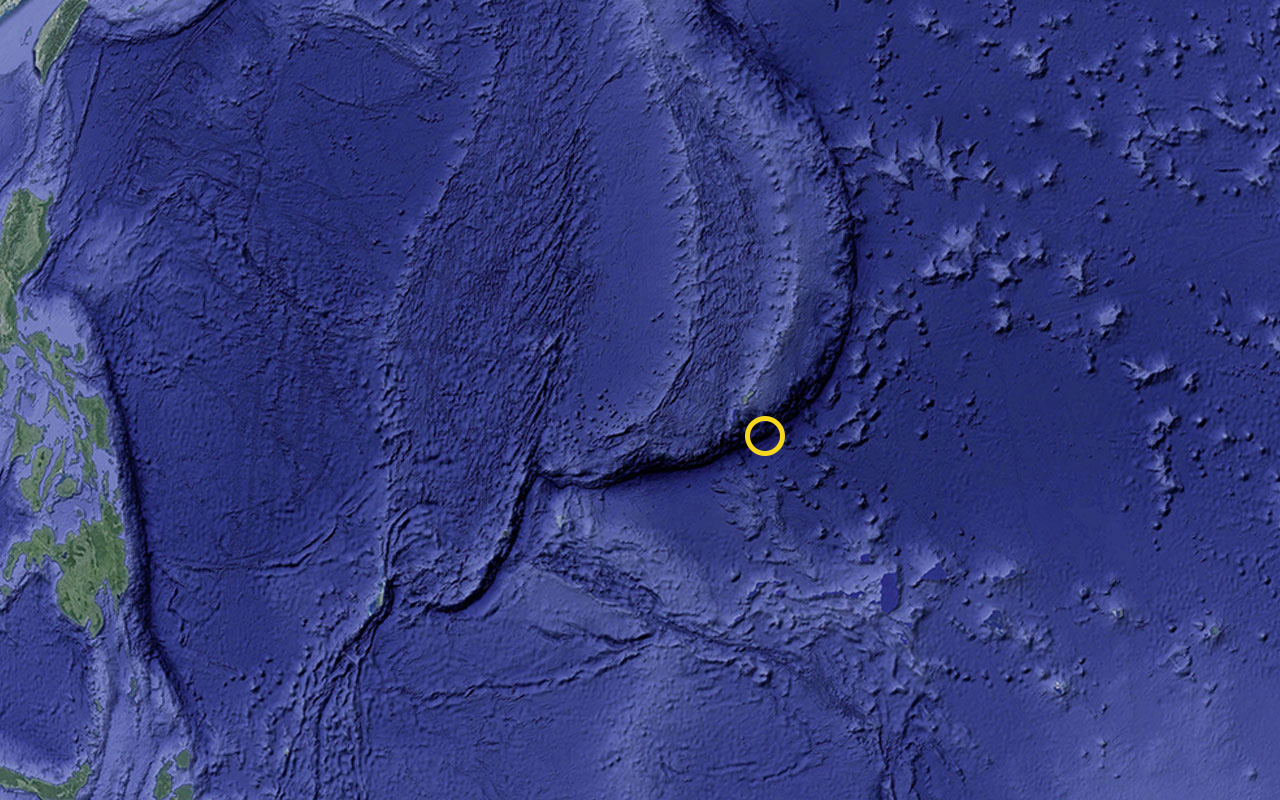 Shining a Spotlight
on the Problem.

We launched the campaign on the 5th of March and made history by making Eurythenes plasticus officially part of our planet's taxonomic record. Within hours of the ZOOTAXA publication, a worldwide conversation had ignited over the extent of the plastic pollution in our oceans in over forty countries without any media spend. 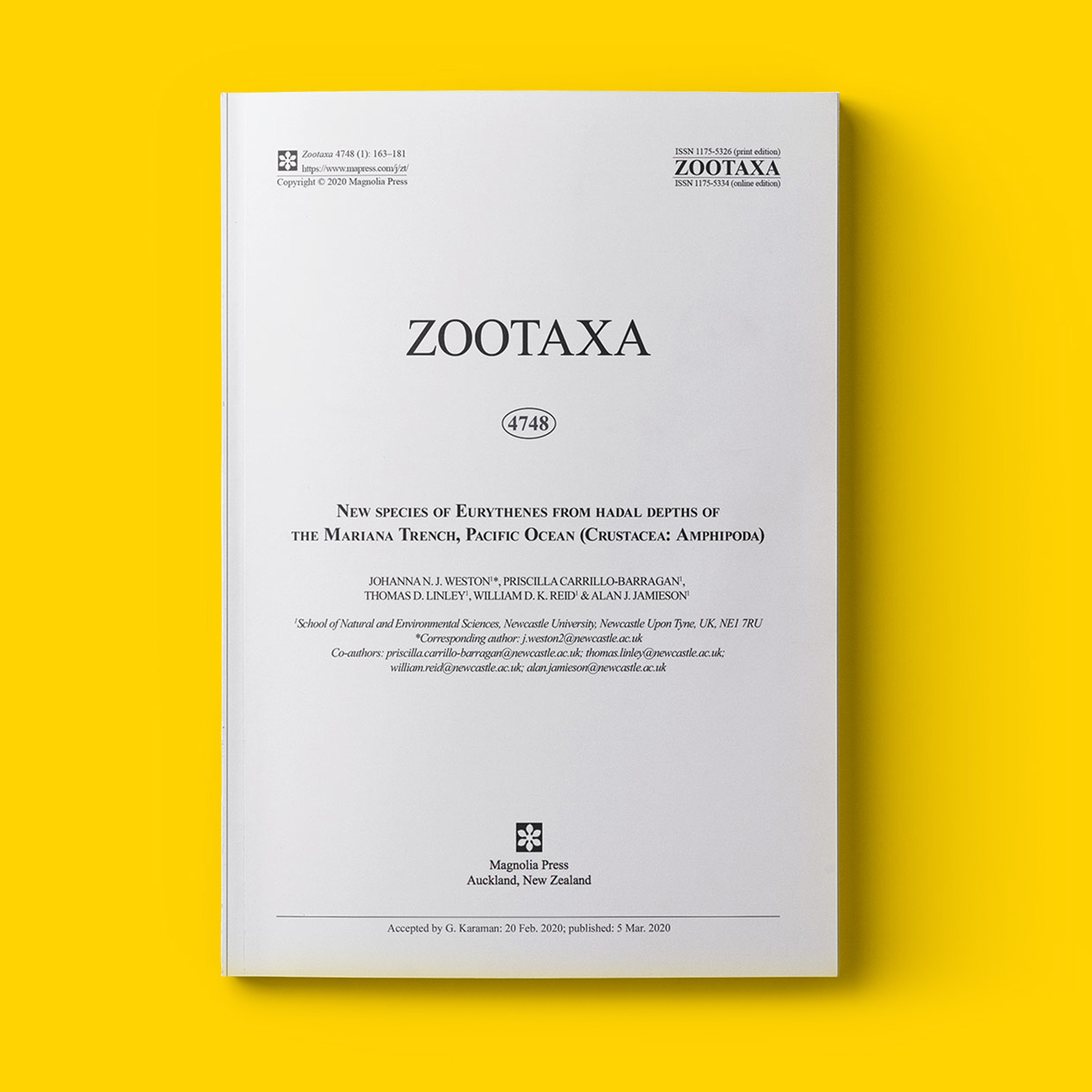 Following the publication of the new species, we rolled out a cross-platform campaign including paid social, cinema, OOH, Digital OOH and permanent museum partnerships. Every touchpoint encouraged people to sign the WWF petition. 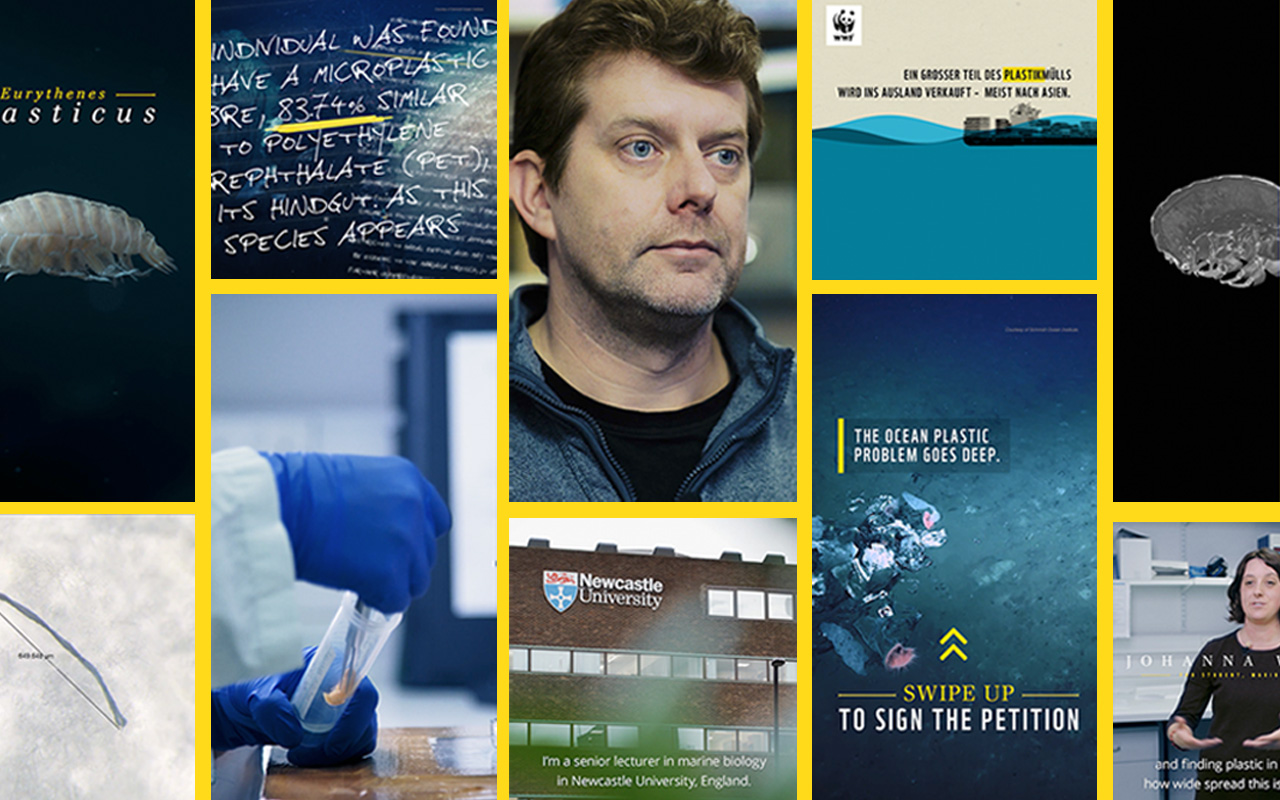 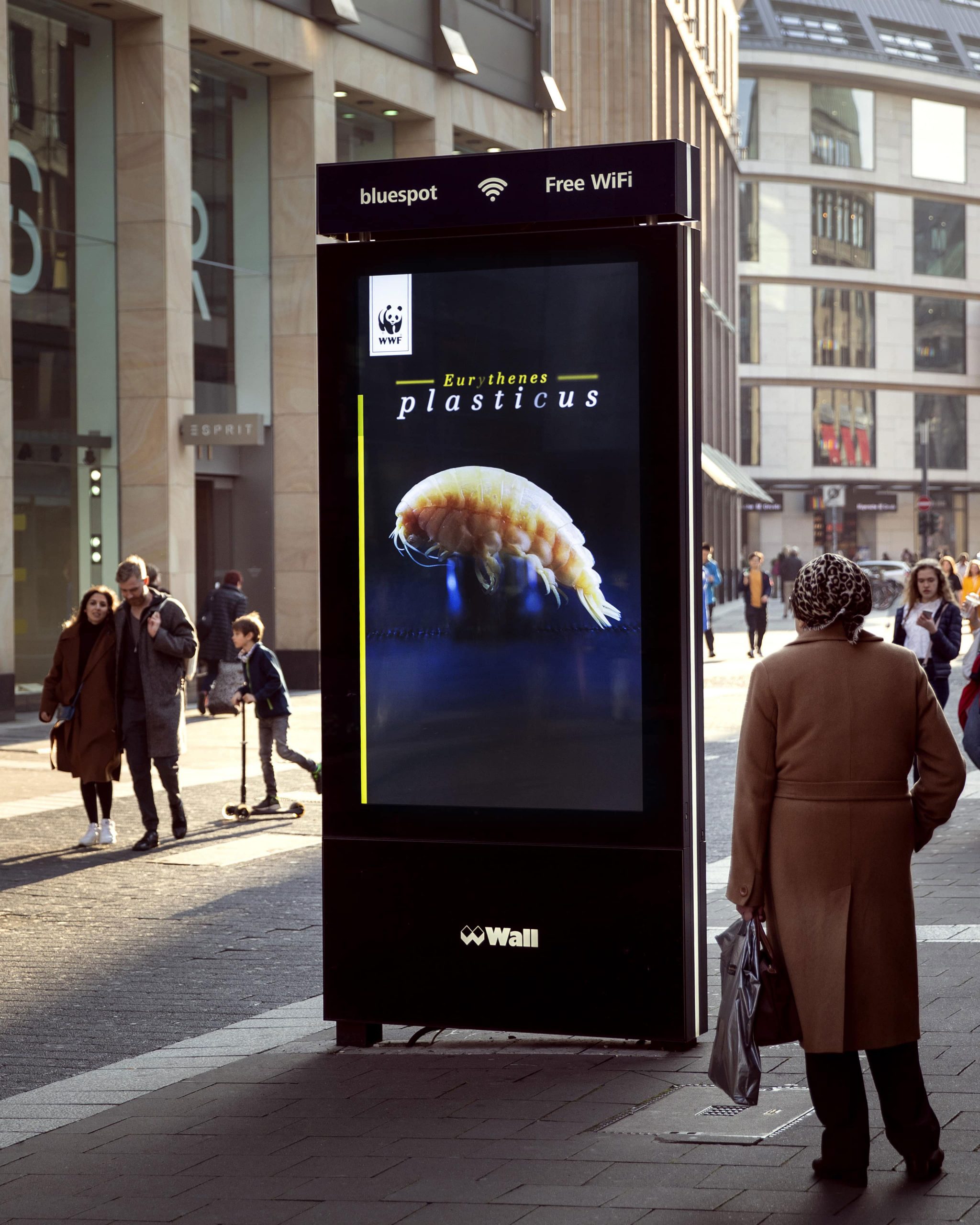 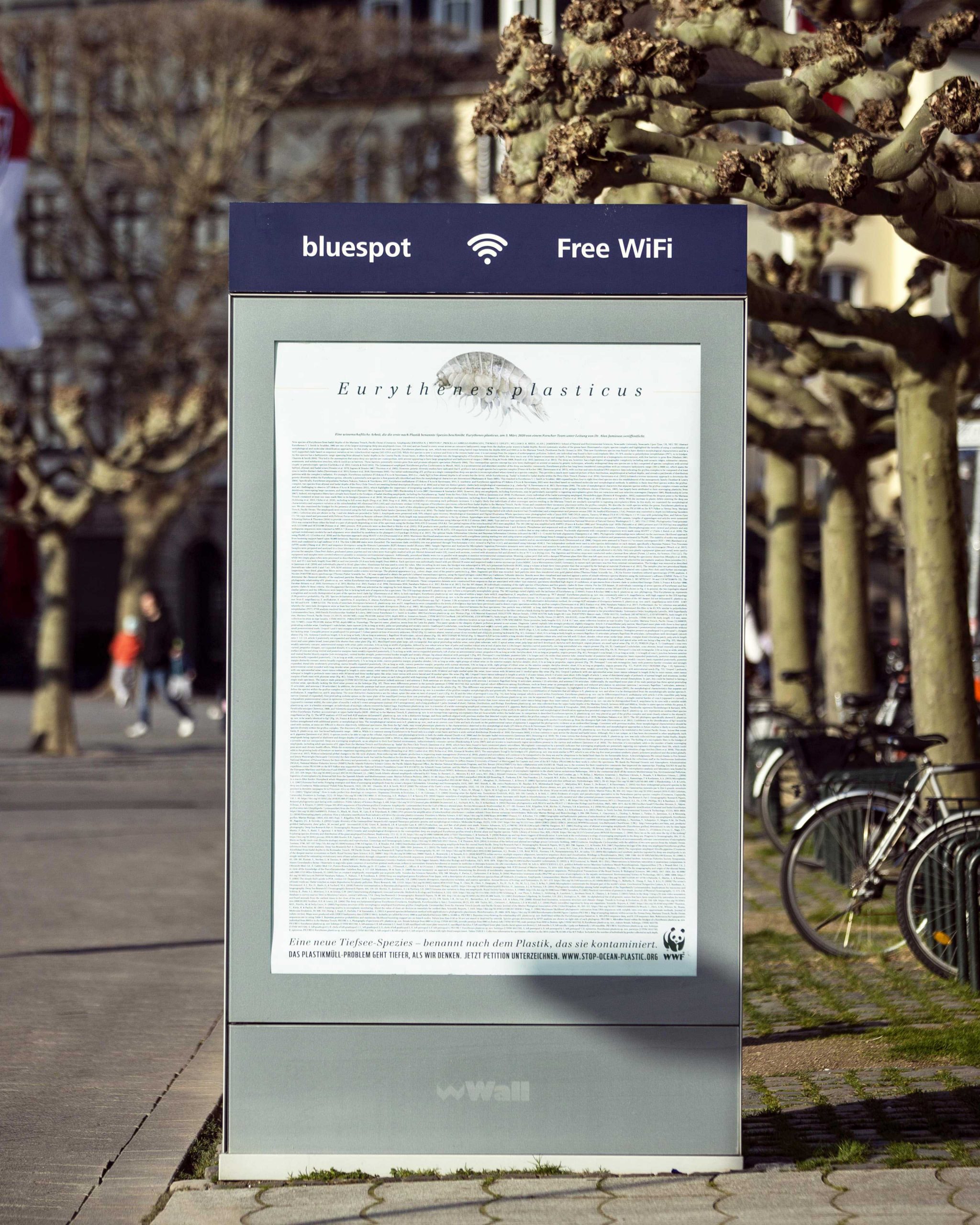 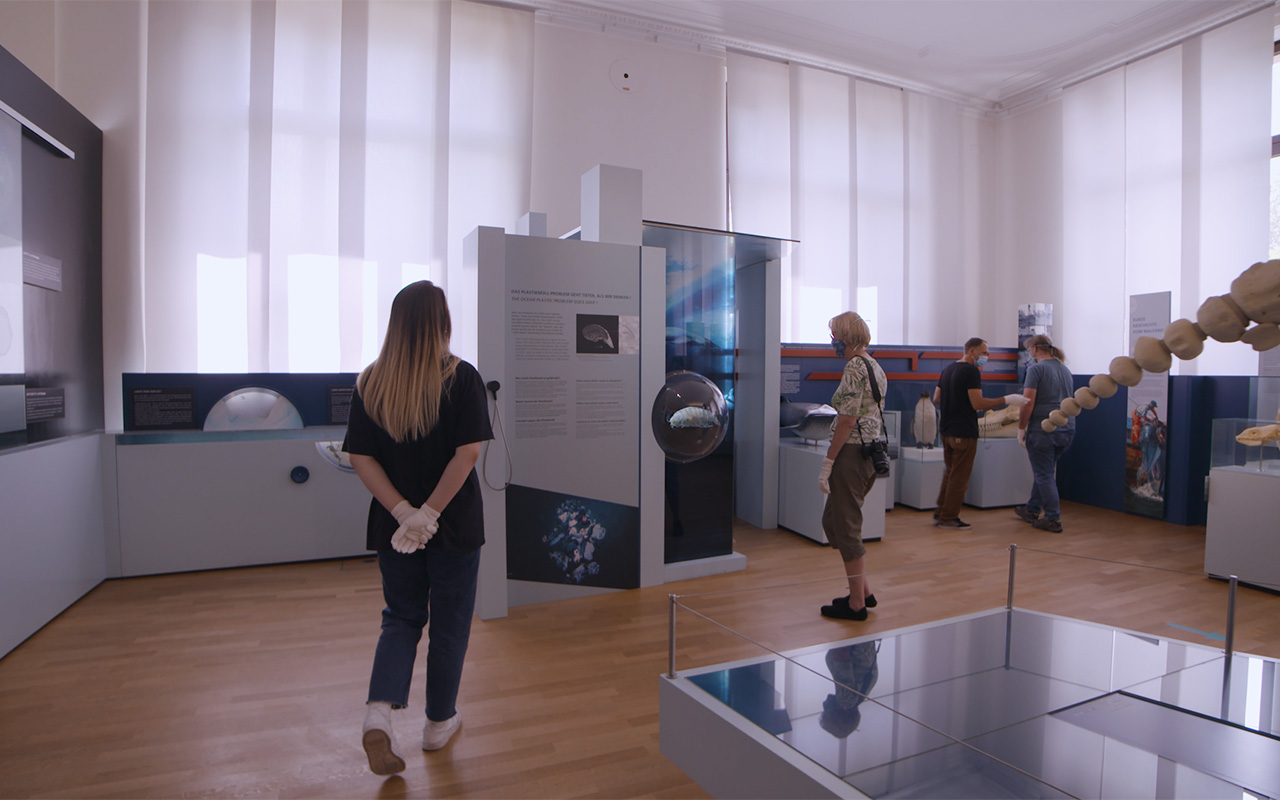 For the Future Fighters
of Our Oceans.

Due to massive interest from schools to integrate the subject into the curriculum, we developed together with the scientists the website www.plasticus.school as an international educational resource that has thousands of downloads to date.